Businesses Showing Leadership – The Role of Social Media in a Crisis

There’s no sugarcoating it – it’s been a rough 18 months for businesses, particularly in New South Wales.

After a long period of drought, we watched as savage bushfires tore through hundreds of communities, right up the east coast. Three months later, COVID19 reared its ugly head and lockdown began.

And most recently, the Mid North Coast has experienced a 1 in 100 year flood event.

It really has been crisis after crisis, challenging our resolve and our strength of character.

It has also divided communities – into leaders and followers. Some business owners have risen to the occasion, stepping up and forging the path forward. Others have, unfortunately, faded into the background. Visibility of businesses during these tough times has often been the difference between thriving or declining.

Through all of this – we have been pondering about the role of social media in a crisis.

Facebook has always been an essential platform used to reach people. But it has become so much more than a way to stay in touch and engage with audiences – it has become a survival tool.

Here’s how social media has changed crisis management – and helped businesses demonstrate their commitment to their communities.

Had any friends who have been located near disaster zones? You might have seen them mark themselves as ‘safe’ during the crisis.

This feature is designed as a quick and easy way for people to communicate to all loved ones they are ok – and it’s highly effective.

But alongside this, during the fire and flood events, people actually used Facebook to appeal for help.

On Port Macquarie’s North Shore, people’s homes were inundated. The ferry connecting them to the town was damaged, leaving many with no way to evacuate. After several posts on the community group R.A.P.I.D (Remote Access to People In Distress) locals came with any boat they could get their hands on, to rescue those who were stranded.

This group also organised to have donations transported to hard to reach areas, using kayaks – or whatever vessel was available.

One particular bride found herself in a town surrounded by flood waters and unable to get to her own wedding. After posting an appeal widely shared on Facebook, Affinity Aviation arrived in a helicopter to save the day – and transport her to her venue.

Facebook has also been an essential tool in the recovery efforts following the flood crisis. Two groups in particular have been used to assist the clean up process.

Helping Hand Port Macquarie has been run by a group of volunteers to get essential items to those who need it. The process is simple – the volunteers post drop off locations each day, so those who want to help can donate. Those who need help get in touch, to receive them.

For anyone wanting to help, but unsure how to go about it – this group has been indispensable.

Another group, Port Macquarie Mud Army was used as a place where anyone who had been impacted by the floods could appeal for help. Volunteers would then reply and meet at their house, to shovel mud and remove debris.

Alongside this, another Facebook group emerged during COVID. Port Macquarie Eats has provided a huge boost for the hospitality industry. It began as free advertising for restaurants and eateries, while also being a place for people to post food reviews.

Businesses who switched to take away during lockdown were able to promote their new services for free, to a huge community,

The group has since grown to over 12,000 members and remains a place where people share positive reviews.

Seeing social media used to provide emergency relief is nothing short of incredible.

But something that cannot be underestimated, is the power to share positive news and stories in a crisis.

During the bushfires, we saw footage of people rescuing koalas from smouldering trees – as well as inspirational images of our firefighters, putting everything on the line to help.

Meanwhile during the flood crisis, amongst the destruction – we have seen images of people wading through rising waters to save animals. We have read stories about oyster farmers, whose properties themselves were decimated – drop everything to rescue people.

Social media is also used to share links to fundraising efforts, meaning money is able to be donated from generous people, far and wide.

And one of my personal favourites is the messages of gratitude. Emotional outpourings from those who have lost everything, thanking the volunteers – often complete strangers – who dropped everything to help clean up.

It is in our darkest moments that we need these – more than ever.

Are you involved in your community?

Businesses who are visible during a crisis become pillars of the community.

Those who are in these facebook groups, responding to calls for help and sharing the positive stories set themselves apart. People will always be more inclined to support businesses who give back and participate.

So if you’re someone who flies under the radar and resists getting involved – it might be time for a rethink.

Networking is always a good idea! Networking while making a difference, well that’s just a bonus.

Marketing Specialist
I’m a marketing strategist with a background in the fast-paced world of 24 hour news. Thanks to my news background, I have a love for storytelling. Every day I create content that is used across social media, websites and in marketing collateral. I like to find creative ways to convey the story behind my clients’ businesses.
Meet Lauren 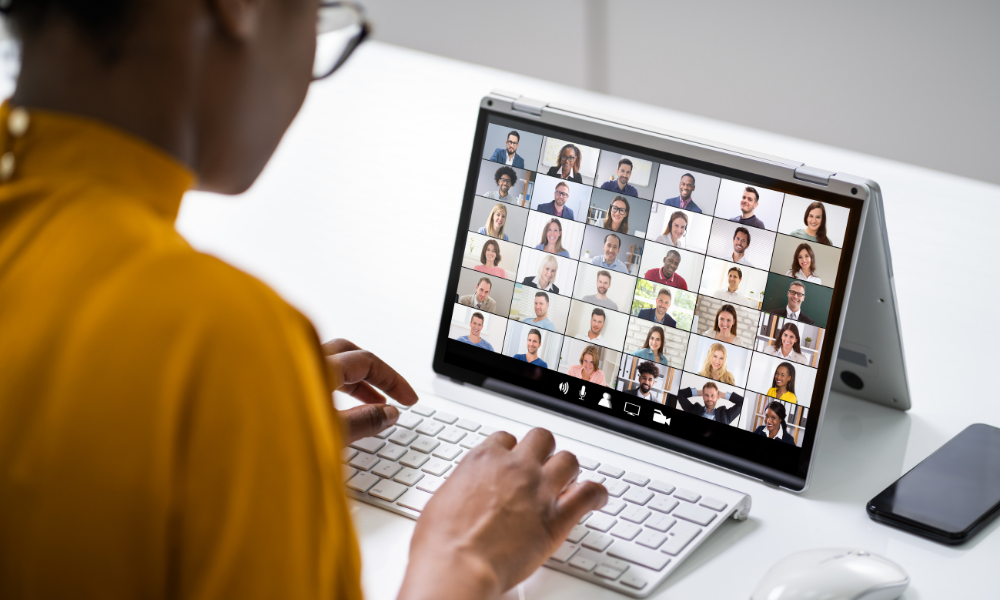 How to host a Virtual Event (and why you should!)

Mailchimp vs Mailerlite: What Should You Choose?

Want to get started but aren't sure how?

Arrange a 20 minute discovery call. Let us help you get on the right track.

We help businesses by managing their digital marketing efforts. We also support their teams – and you! – through guided training. We believe that digital marketing should be an adventure – well planned, step-by-step, open to change and – above all things, fun.

ARE YOU READY FOR AN ADVENTURE?